When it comes to conveyor belt, positive drive belts, timing belts, modular belt we are worldwide leaders in technology, quality and conveyor belt service. Forbo Siegling products provide solutions for numerous applications in the most varied of industries.

Variety: You'll be amazed at what we put in motion!

We provide comprehensive product ranges for the various requirements of the most different of sectors. And at the same time the guarantee of maximum service life and economical operation.

As a worldwide leading manufacturer of conveyor and processing belts as well as modular belts made of modern synthetic materials, Forbo Siegling is aware of the special requirements from the food industry. The food product range, geared to each sector, is the result of close co-operation between conveyor manufacturers and food producers.

Precision and efficiency in order picking and distribution are increasingly becoming decisive factors in the success of a company.

Forbo Siegling conveyor and processing belts play a major role in the whole manufacturing process, from the tobacco harvest to the finished cigarette. The Forbo Siegling TrusT-line (TT-series) with polyolefin and polyester coating and pyrolysis and FDA compliant belt design, is the ideal choice for the demanding tasks in tobacco processing.

Whether the wood, marble or brick industry, Forbo Siegling conveyor and processing belts as well as high efficiency flat belts fulfil the special requirements of these important sectors.

For decades Forbo Siegling has been accompanying the numerous developments in the manufacture of yarn and fabrics together with the textile machine manufacturers.

Industrial production covers many areas: whether it's steel or sheet metal processing, the automotive or recycling industry. Siegling Transilon conveyor and processing belts easily fulfil the important tasks in all sectors. They stand for reliability and economical operation.

It is this variety, both in paper processing and letter sorting, that presents a challenge to Forbo Siegling. For this reason we have been a development partner and supplier to original equipment manufacturers and users for decades.

In practically every sector of the printing industry, machine tapes convey, fold or package printed or unprinted paper. For decades, Forbo Siegling has had a reputation as a partner in development and supplier for machine manufactures and users in the paper, printing and packaging industry. In this industrial sector, Siegling Extremultus machine tapes and Siegling Transilon conveyor belts are the first choice for nearly all functions and processes.

Industries and Applications: Sports and Leisure

Since the start of the fitness boom at the beginning of the eighties, sports and leisure activities are increasingly held in fitness studios, equipped with high-tech and complicated treadmills and weight-training machinery. 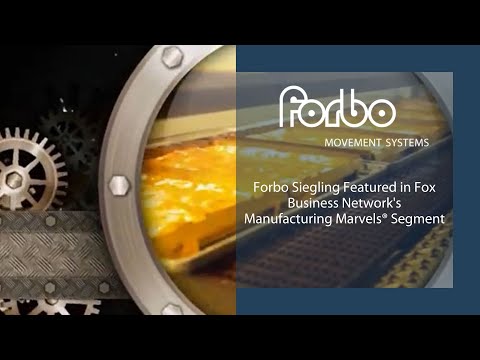